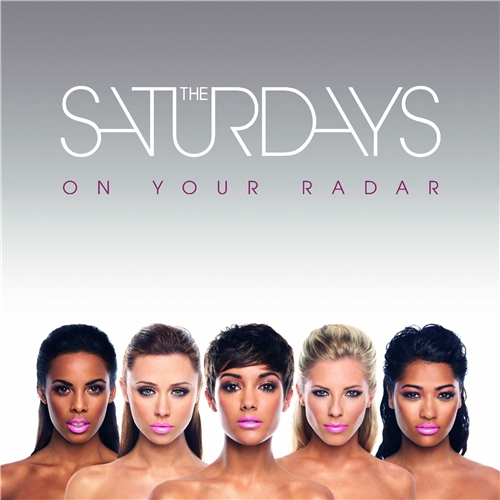 The Saturdays’ new album, On Your Radar, confirms my early fears: it is essentially a dance album. But it’s okay, because having accepted the fact that The Saturdays who released Chasing Lights no longer exist I was fully ready to embrace this album as if it was released by a new girl band.  And that’s what I have done. This being said, On Your Radar, despite the personal style preferences I could have, feels like a solid album, superior to Wordshaker in quality.

As I mentioned, On Your Radar is mostly dance, and therefore all the dance tracks are a bit samey even quality wise. I don’t include All Fired Up in this classification because compared to the rest of the tracks, it kinda stands up on its own, funnily enough. Faster and Get Ready, Get Set seem to be the most popular among fans, but Move On U and White Lies are also very catchy and could be dance floor winners.

The softer, more authentic side of The Saturdays comes out in the album’s ballads. Wish I Didn’t Know and Last Call really take us back to those ’08 Sats that would sing their hearts out to Issues and Fall with Una playing acoustic guitar. It is also where their individual vocals and their harmonies really come out to shine, as the rest of the album doesn’t really give much room to vocal show off.

The track titled The Way You Watch Me, featuring Travie McCoy is perhaps the most inexplicable song on the album, wandering across the land of mediocrity and not really serving to any purpose but to have a collaboration on the album, because it’s not even strong enough to be a single.

In short: The Saturdays have released their second best album to date, despite doing a 360º on their style since then. And judging it for what it is, it kinda does the job.

Listen to: Faster, White Lies, Move On U, Last Call, Wish I Didn’t Know, My Heart Takes Over

And this is some old school Sats.