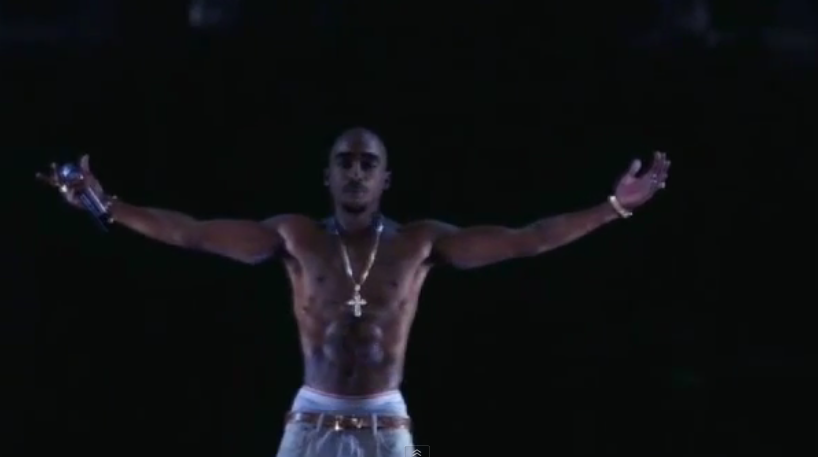 Lat night at Coachella Festival, Tupac made a special appearance in Snoop Dogg’s set. For those who don’t know, Tupac, who is considered the best rapper of all time, was killed in 1996, and thanks to the power of technology he ‘reappeared’ as a hologram and performed two songs: a solo ‘Hail Mary‘, and  ‘2 of Amerikaz Most Wanted’ with Snoop.

The hologram was freakishly realistic, even greeting the audience with a “what the f*ck is up, Coachella?!”. Though it’s not the first time it happens (I recall Cheryl Cole performing with a hologram of Will.I.Am a couple of years ago), it’s the first time it’s done with someone who is dead and in such a big scale, and that is bound to attract criticism. However, most people have seen it as a fantastic tribute to a great artist, an opportunity to see him perform again, even when it’s not really him. And that’s how I see it too.

Watch the performance below: